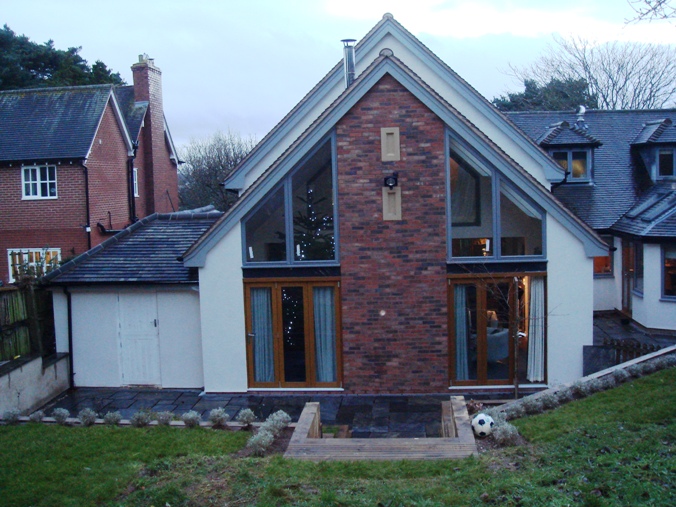 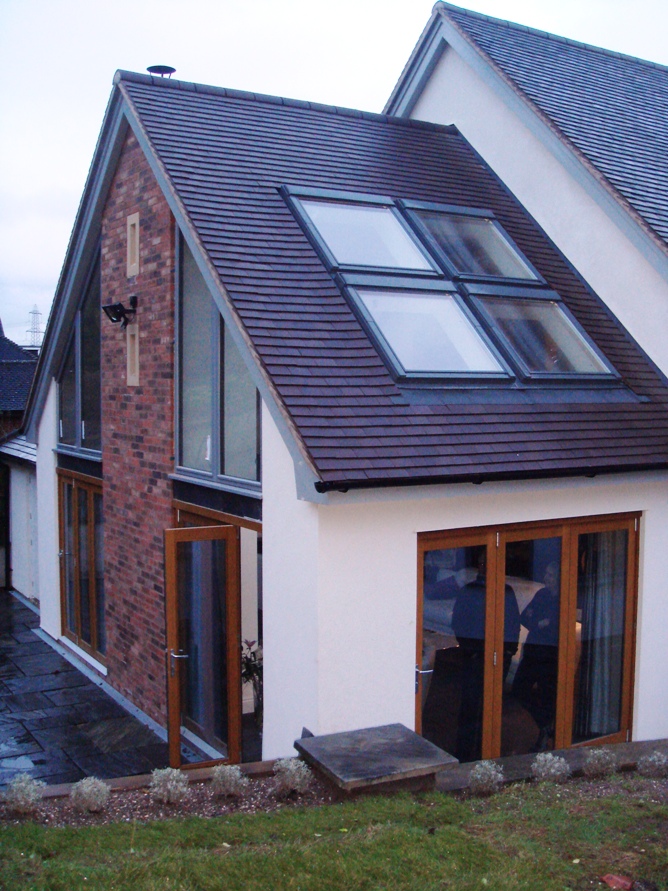 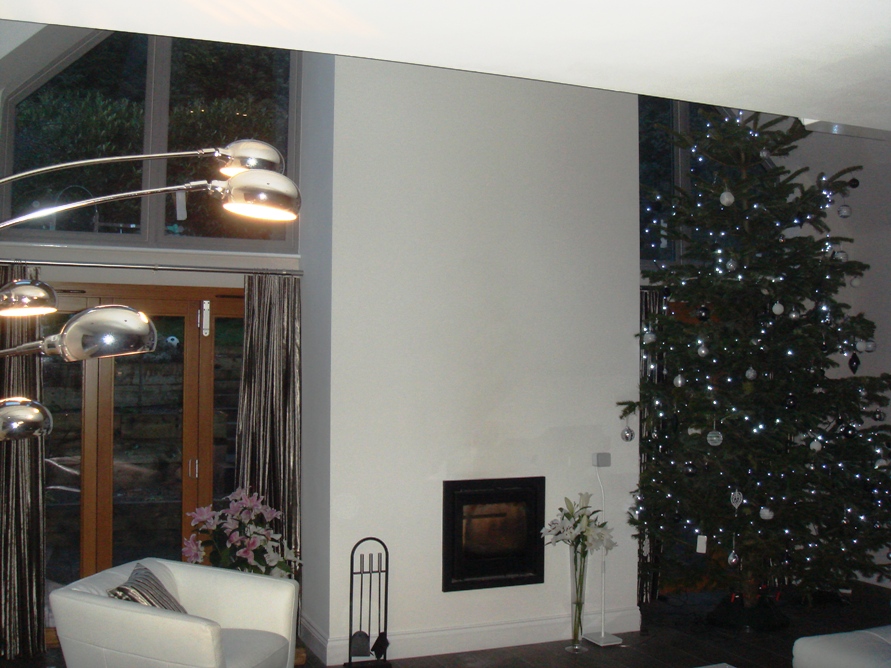 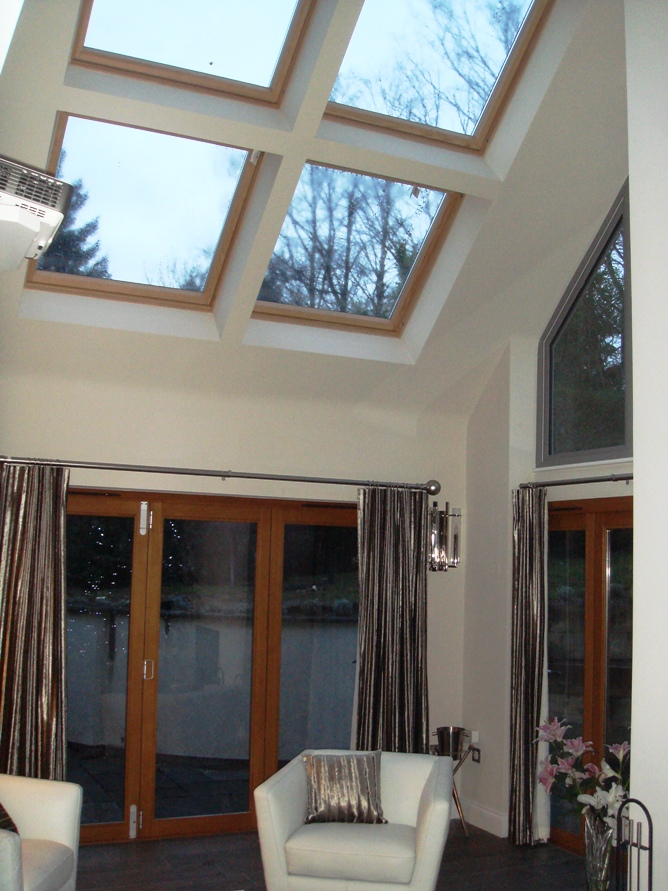 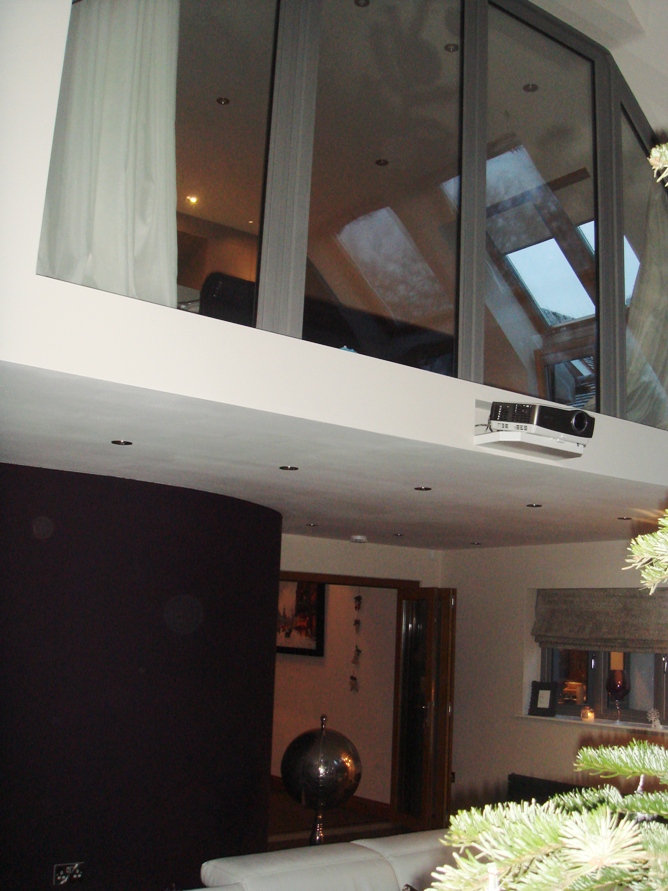 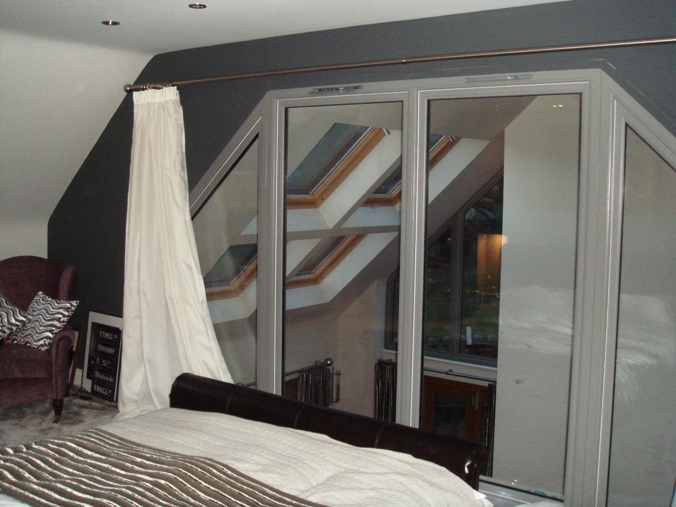 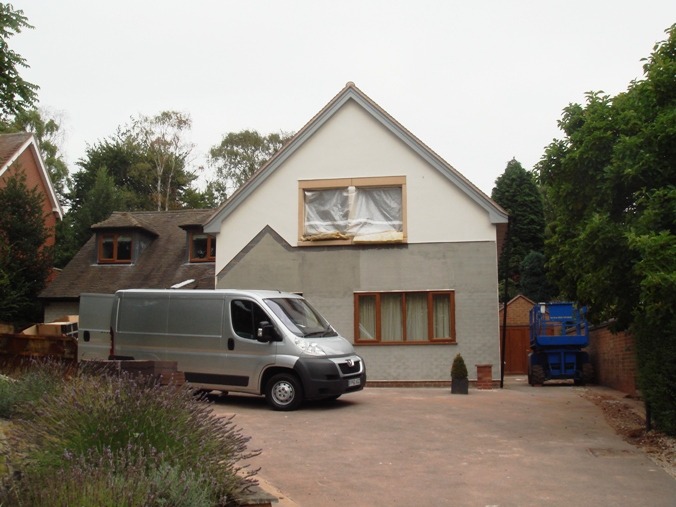 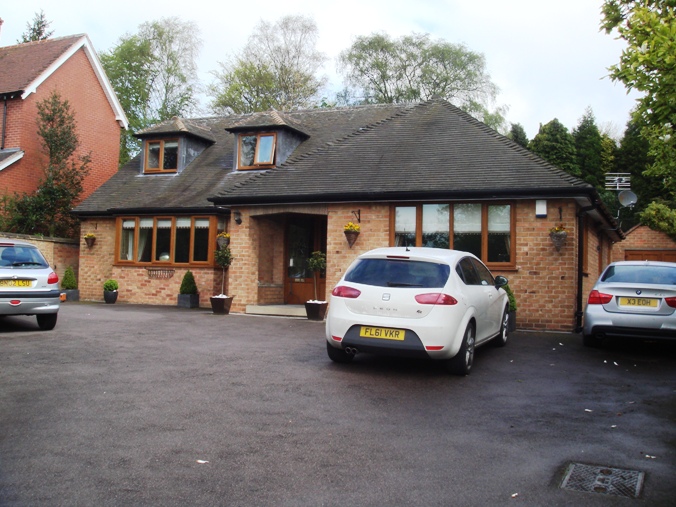 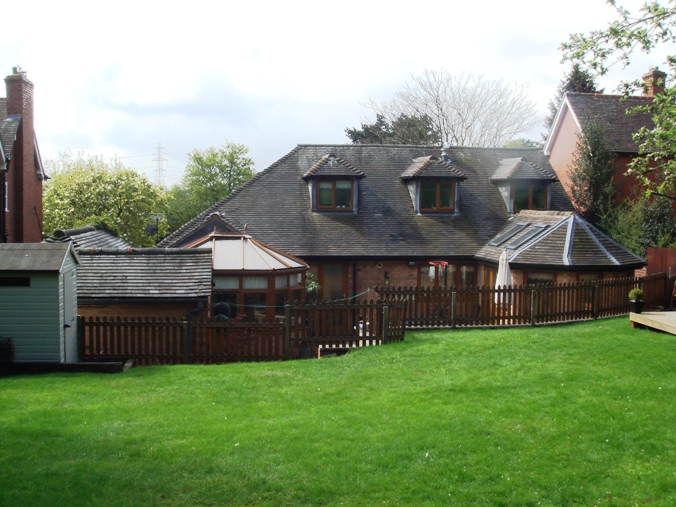 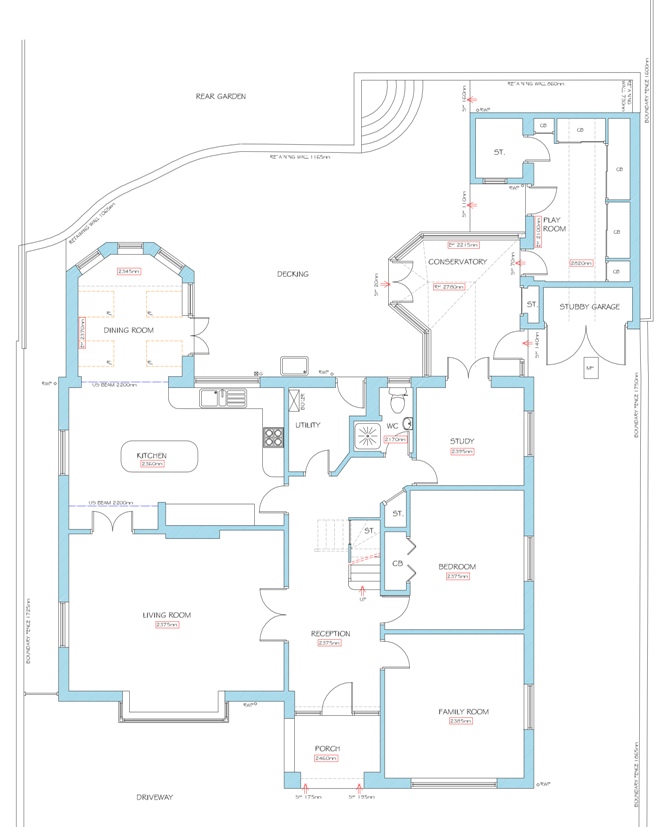 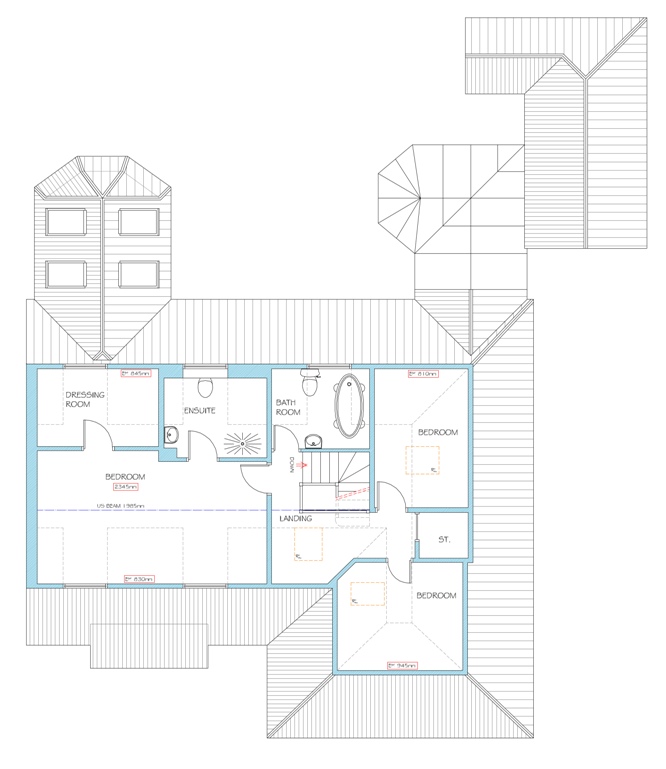 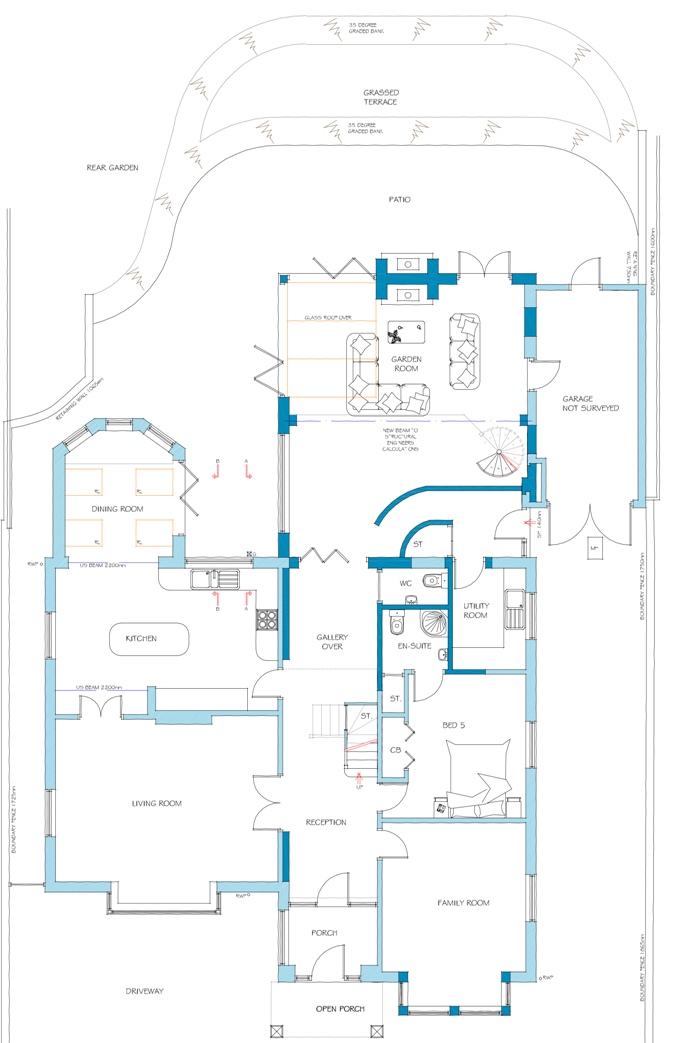 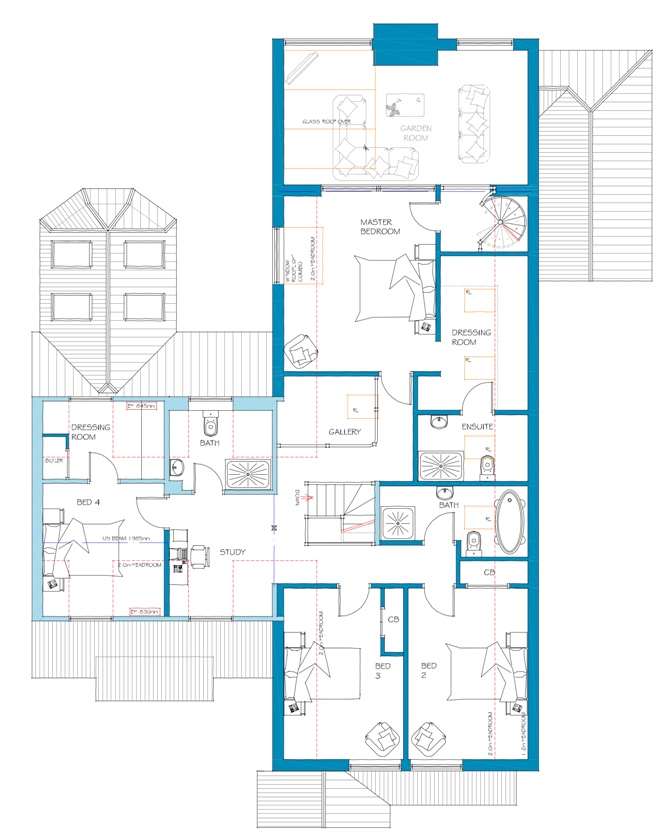 Our clients approached bi Design to remodel their dormer bungalow to not only improve the inferior accommodation but also make it a striking property from the road and the back garden.

Our concept was based on finding the floor area to add additional bedrooms. The existing bungalow had two very small bedrooms within the roof space which were so restrictive it was generous to call them rooms. The proposal involved raising 50% of the existing roof from single storey to 1 and ¾ storeys. The existing conservatory that linked the house to the garage was removed to create a new living space.

The existing bungalow has now transformed into a stunning house that looks impressive from the street scene. The existing brickwork which wasn’t to anyone’s taste is hidden behind the new external render. The new roof features a gable to the front creating a striking focal point to the driveway. Inside and to the rear is where the house comes alive. A replacement staircase which is galleried in two areas makes the hallway light and interesting whilst flooded with light from roof lights. The new living space to the rear has a vaulted roof with a central chimney breast with glazed apex windows on either side. An internal balcony has been incorporated into the master bedroom which looks down into the living space.

The design exceeded the client’s expectations of what could be achieved to create the spaces but also allowed them to have a 12 foot plus Christmas tree in the living room.