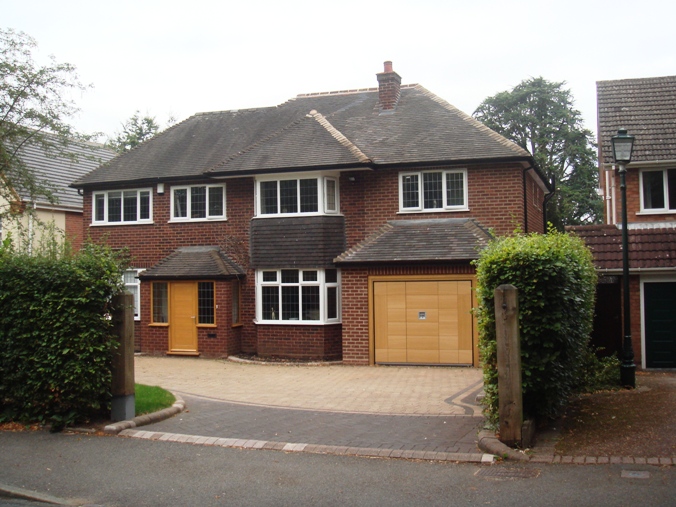 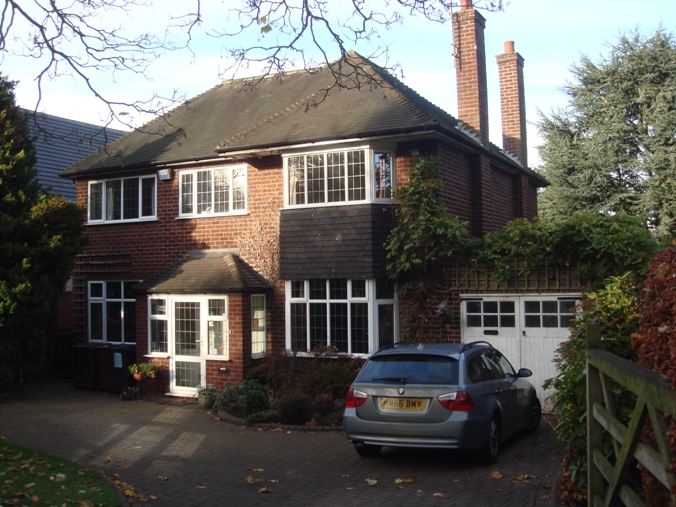 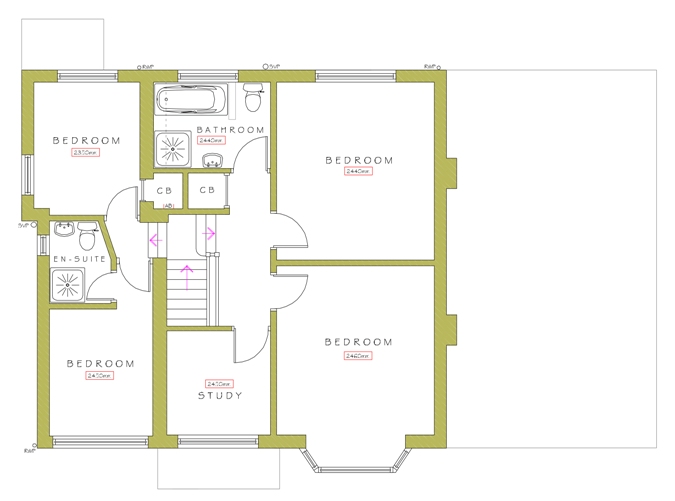 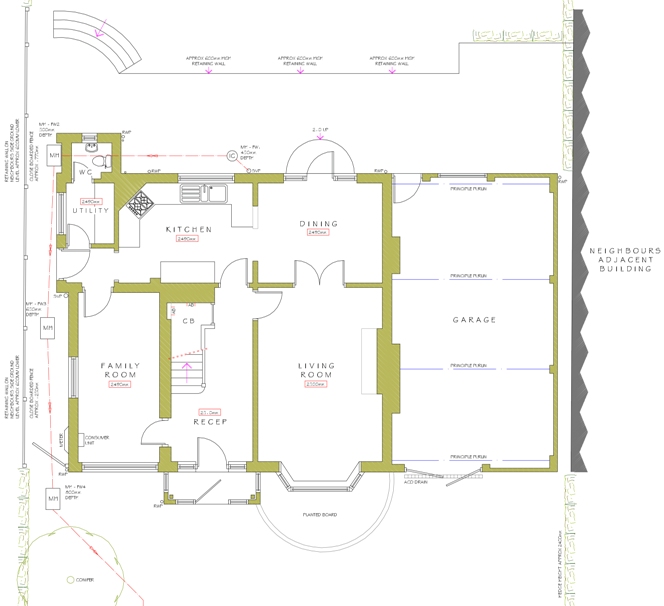 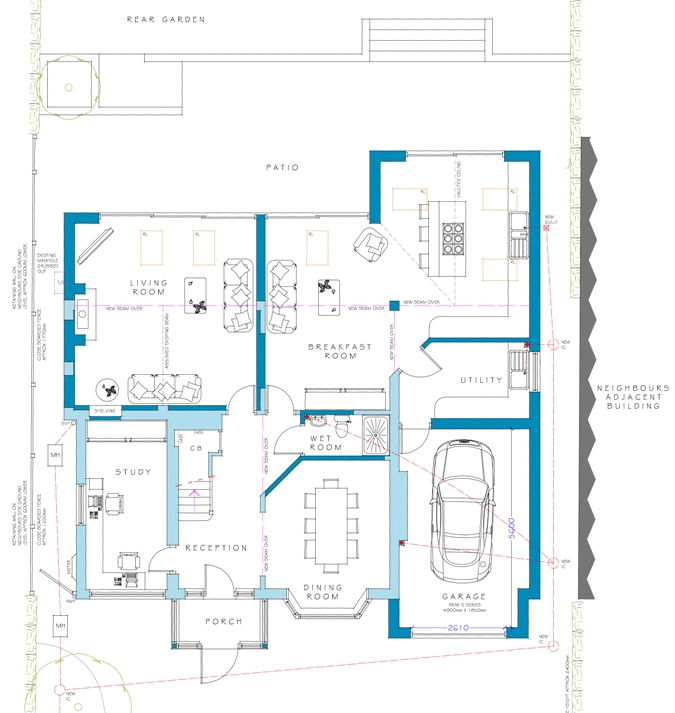 Our clients wanted to further extended and alter their house which had previously been altered and modified to add new dressing rooms and en suites to two first floor bedrooms. They also wanted to create a modern living space to the ground floor that would be the hub of the house that linked well with the garden.
A key consideration for the client was to create large well proportioned rooms with plenty of space. Where possible the client was also keen to increase the kerb appeal of the property, thus adding to the property value.

We proposed a new two storey extension but had to overcome difficulties with the new extension roof as the existing roof had previously been altered. We also had to consider local planning policy in relation to extensions. The roof was designed with a high level valley at the same level as the original roof to add balance to the front elevation.

Our solution was for the two storey extension to be constructed over the existing garage with all the walls being rebuilt. The first floor incorporated our client’s new dressing rooms and en suites to the large original bedrooms. The two smallest bedrooms were merged together to create one larger room. The back wall of the house was removed at ground floor level to extend the kitchen. The living room was repositioned to the rear of the house so it opened up to the garden. The roof to the ground floor extension was vaulted to create large airy modern spaces.