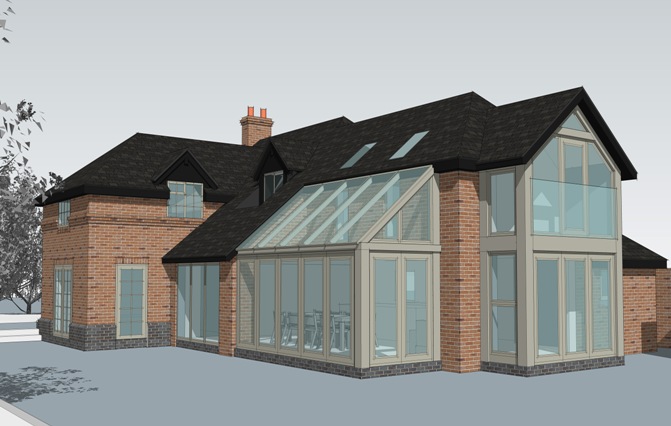 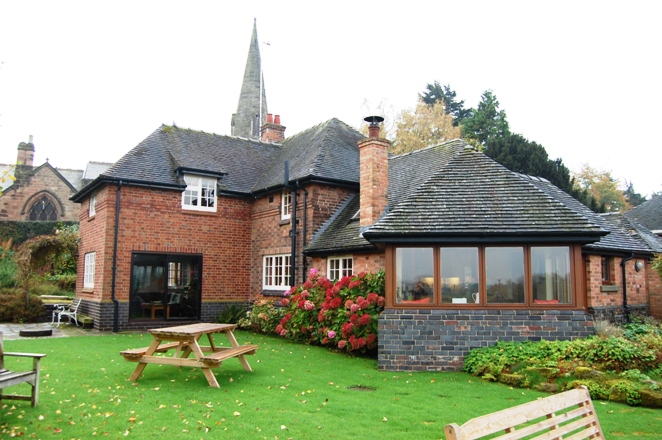 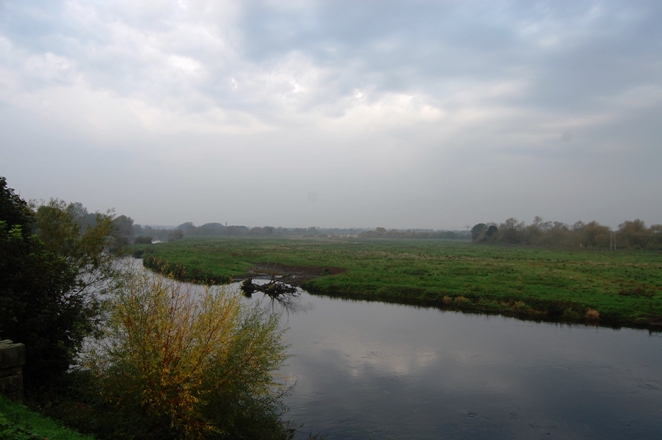 The Brief
bi Design were approached by our clients to transform their property on the banks of The River Trent. This traditional property is adjacent to the listed Rock House and within the Newton Solney conservation area. It had been extended previously to form an open plan kitchen dining space, however, the space created lacked adequate space for a sitting living area and didn’t fully take advantage of the great river views. On the first floor, the property also lacked a befitting master bedroom suite, in fact, all the bedrooms had modest windows, not really making the most of the views.

Our solution
To demolish the previous kitchen extension and re-site the master bedroom with an oak and glass extension looking out over the river. The end of the extension was designed with a two-storey gabled bay window overlooking the river which also allowed for light to be flooded into the master bedroom area. Within the reworked kitchen (below the new master bedroom) a large glass lean-to was formed to create an area of the vaulted ceiling, letting light into the large open space and allowing easy access to the garden.

The outcome
Planning permission was granted for a large two-storey extension and various alterations. The main form and design of the extension were fixed from an early stage however various discussions were made on the final material for the glass lean-to and two-storey bay. Options were considered for various colours of aluminium and a final decision was set on using Oak.

Computer-generated images (CGI) were used to help the client visualise the completed building. CGI is something we use a lot as a powerful tool, to help our clients be certain that the design once built, will result in achieving their desired outcomes. As building work represents a significant investment it is really important to be 100% happy with what you will get.