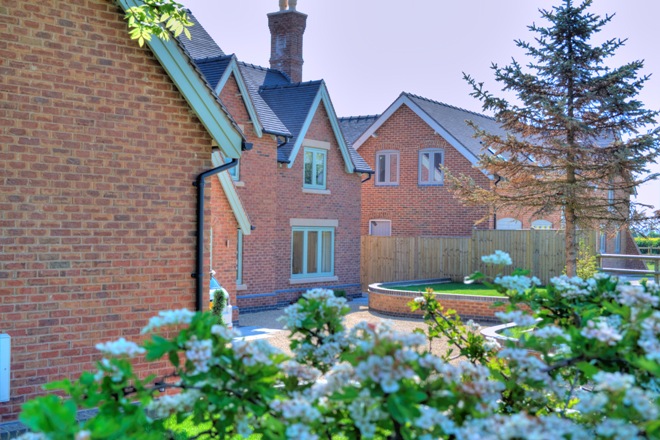 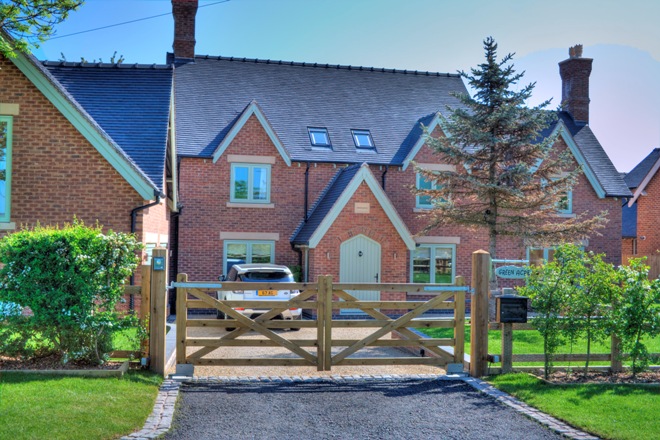 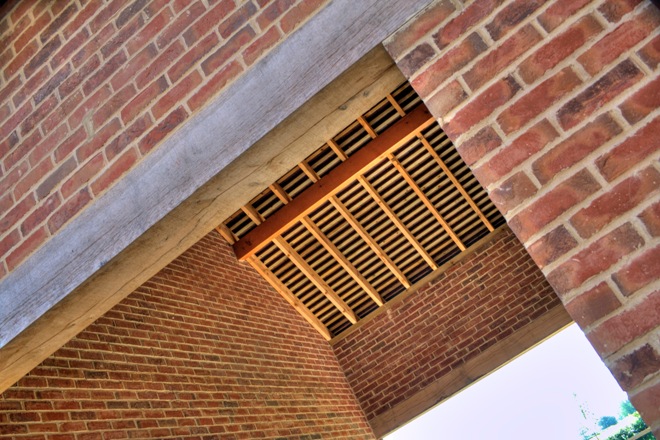 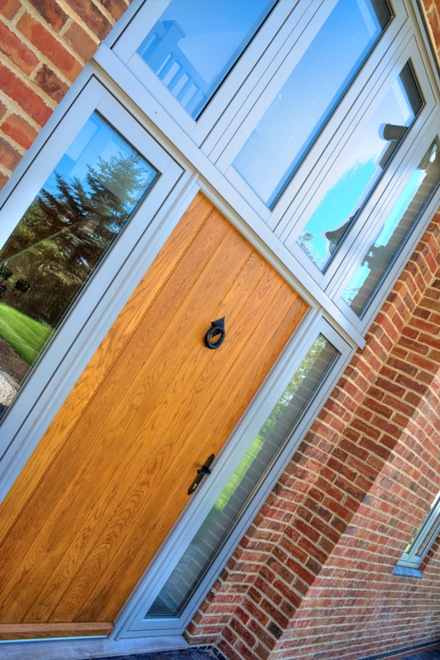 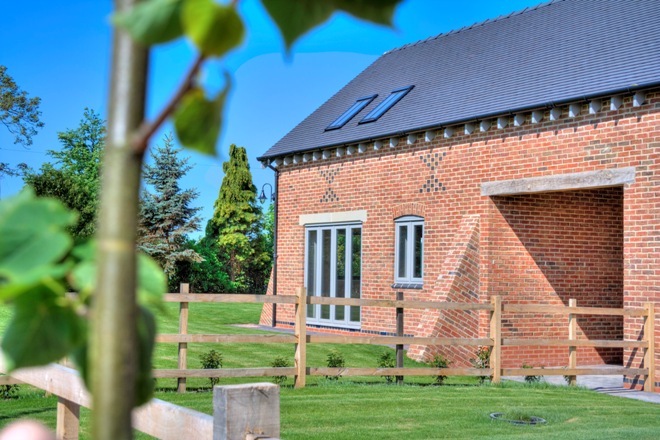 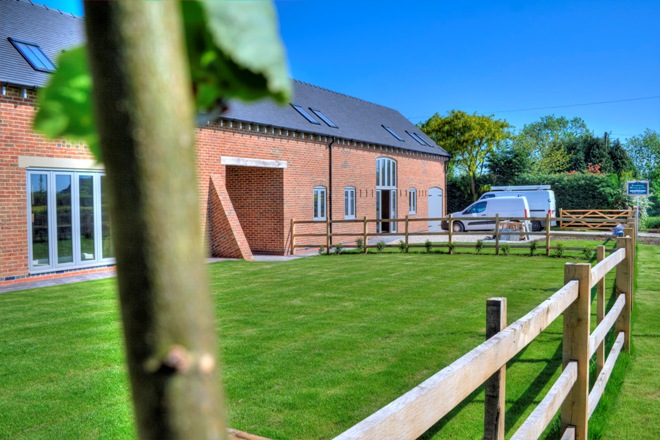 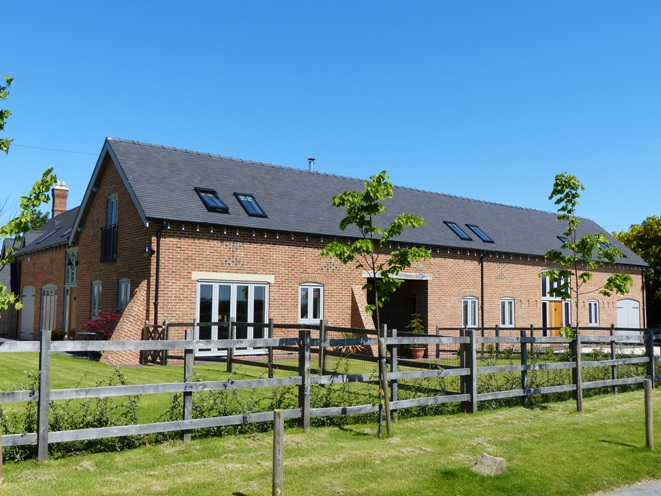 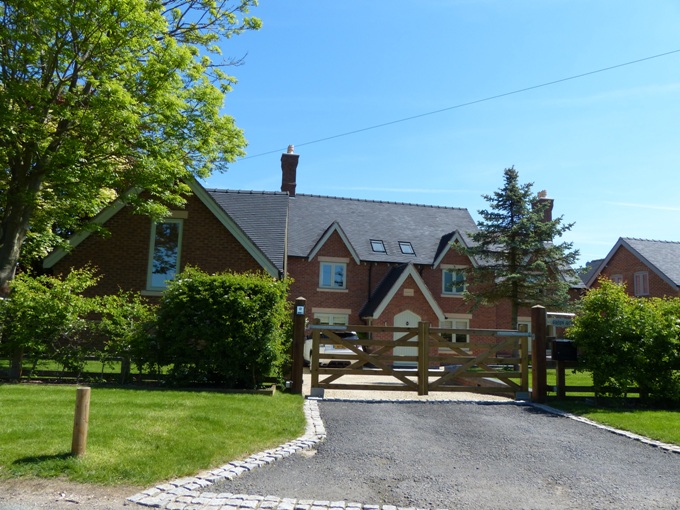 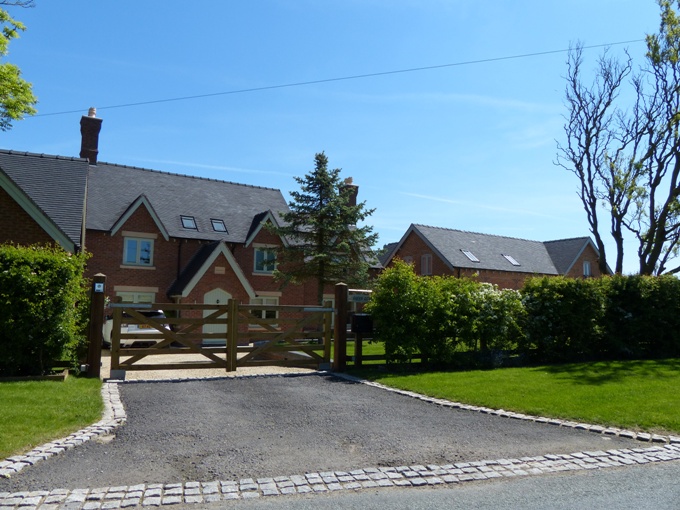 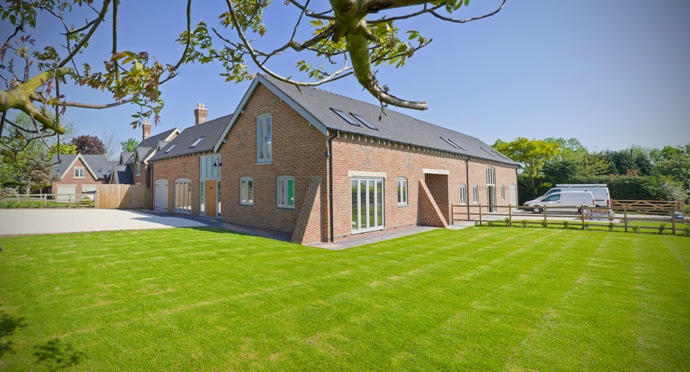 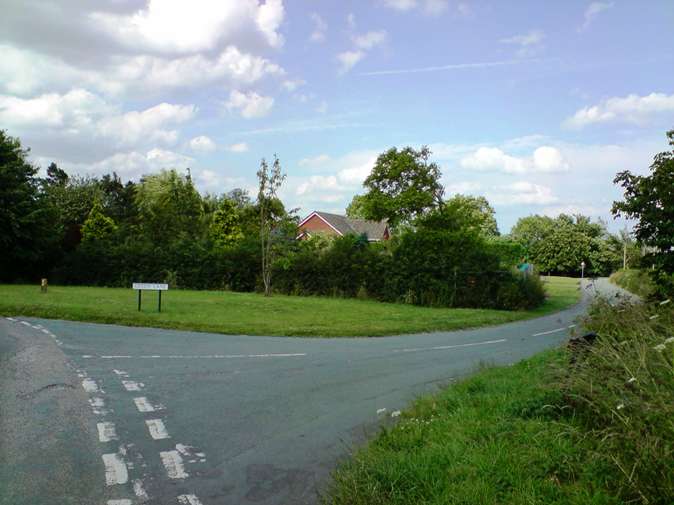 How our property developer client got a very profitable outcome after a worrying start and we won a design award!

Our client’s issue
Our client was a property developer who had purchased a site with planning permission gained by the previous owner for two very large bungalows. Our client discovered that the bungalows that were originally planned would have been so costly to build that this site would not be profitable. The client needed three buildings on the site to make this commercially viable.
We approached the local planners who initially said they would not allow more than two properties on this site. But we were not deterred!
As this site was on the way into Tutbury the planners were looking for something that would enhance the entrance to the village. They didn’t want a modern housing estate feel, instead, they wanted something sympathetic to the rural location.

Our solution
We researched other properties in the area, completed a feasibility study of the site, and designed a building scheme for a 6 bedroom farmhouse and two (new) converted barns each with four bedrooms, three properties in total. On behalf of the client, we consulted again with the planners and showed them the layout and elevation plans. They were so pleased they agreed to informal planning permission before the official application for planning permission was submitted.
Our research resulted in architectural designs that were inspired by rural Staffordshire. We included features such as steeper roof pitches and incorporated brick detailing similar to other local buildings and sympathetic materials. The two barns are two-storey but were designed to look lower on the outside than the inside to give them the authentic appearance of real barns.

The outcome
All the properties sold for substantially more than the original estate agent valuations based on the plans.
East Staffordshire Borough Council asked us if we would like to enter the Southern Staffordshire Planning Partnership Design Awards, where we were up against a broad range of very prestigious projects including St Georges Park, Landau Forte College in Lichfield, and an 80 house development site.

We won an award!
The panel of judges were local authority planners and architects who voted for our farmhouse and barns project because they liked the attention to detail, and the design made them appear as if they had been there for years, when in fact they were new builds.