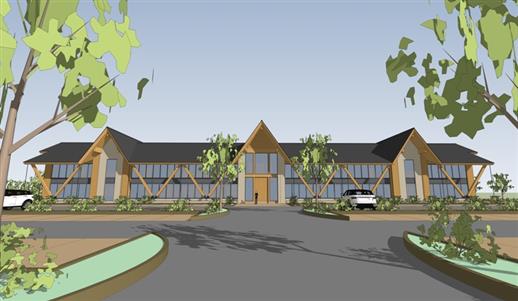 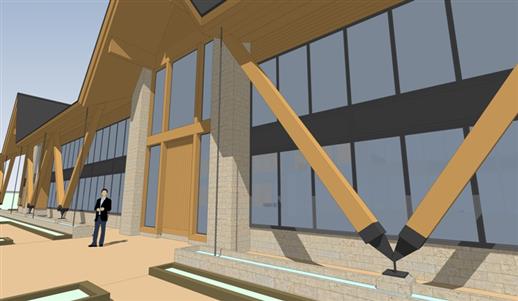 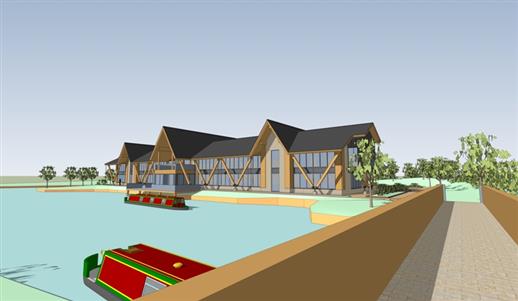 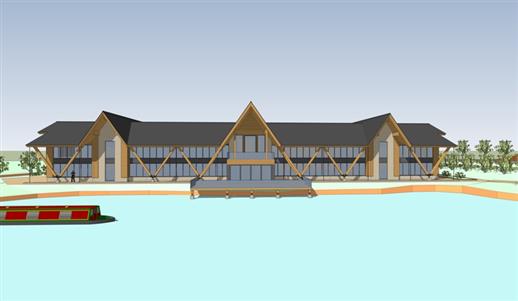 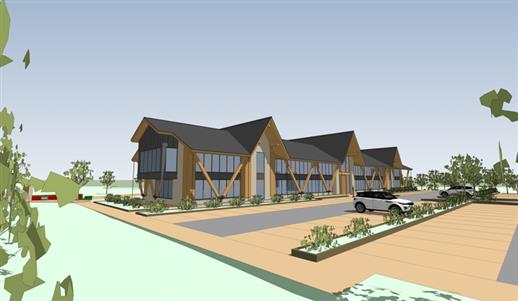 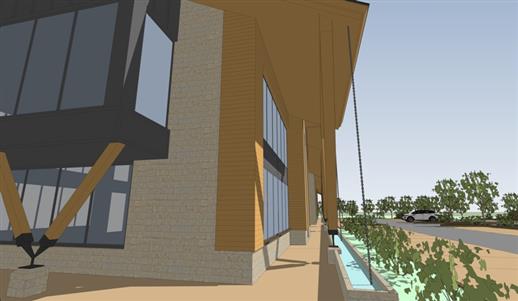 bi Design entered a competition to become the lead designer on an exciting canal side development.

The competition brief was to produce a high-level concept for an office building with a minimum of 18,000sqft.

The nature of the development meant any proposals would contradict planning policy therefore the design had to be at a level where making an exception to the rule would be acceptable. The winning design was to be presented to the local authority for pre-application advice. On approval of the design by the local authority, the design would be progressed to planning.

Our concept was to take inspiration from a Viking Long House which were long timber frame and clad buildings which took a linear form with a series of external timber supports.

The design took the basic principle of the Long House to create a striking structure that the main two storey roof was constructed on an exposed lattice frame. Keeping the frame external helped maximise the amount of glass in the main office building. The massing of the building was broken up by three steep pitched gables that merged in with the lattice frame. The entrance incorporated an oversized door which would create a sense of theatre and place for the tenants.

The building’s chosen position was to run parallel to a Marina entrance ensuring great views of the water from all rooms on the rear of the building. A roofed external terrace was proposed to the rear looking over the water, which would be ideal as a cafe.

Bi design successfully won the competition and the design concepts were put forward for pre-application advice. The local authority, councillors, and committee members all bought into the scheme and were happy to overlook policy to approve such a striking building which would have allowed for the employment of over 100 white-collar jobs.