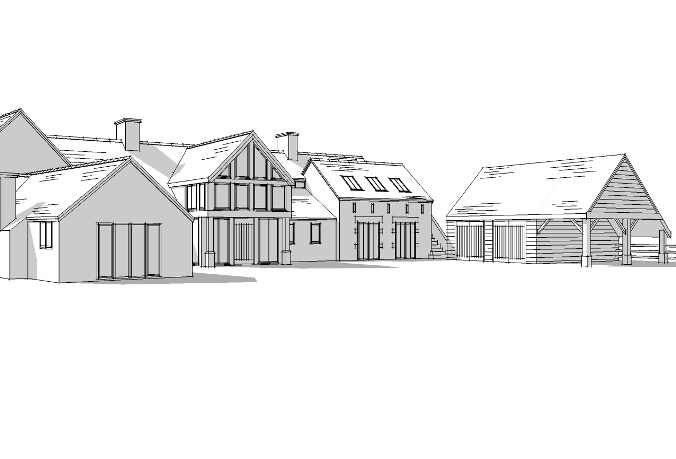 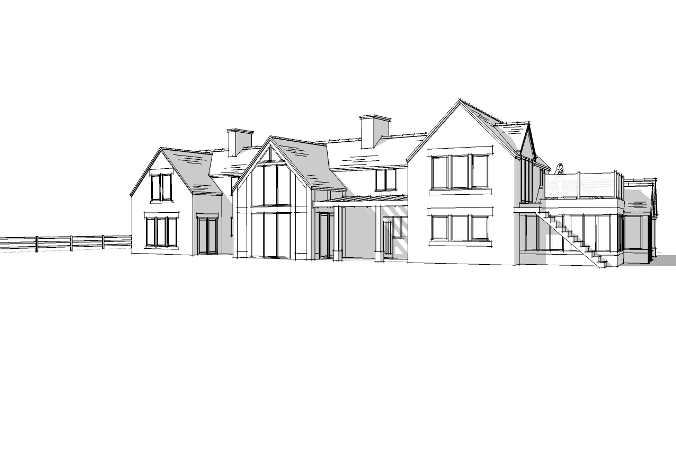 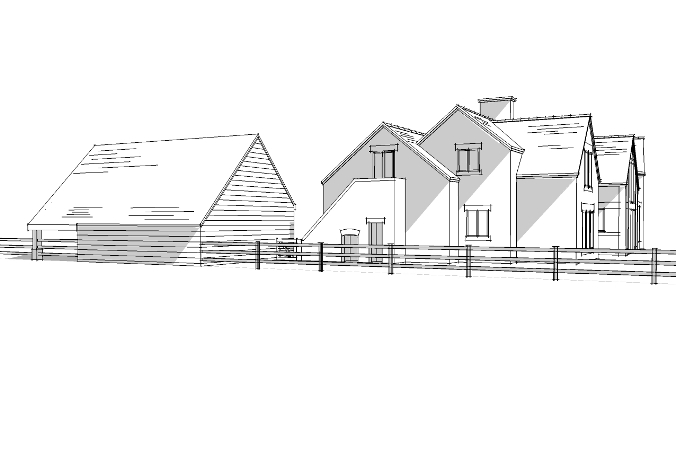 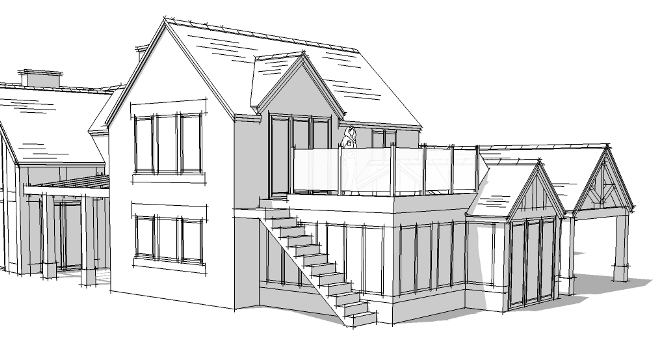 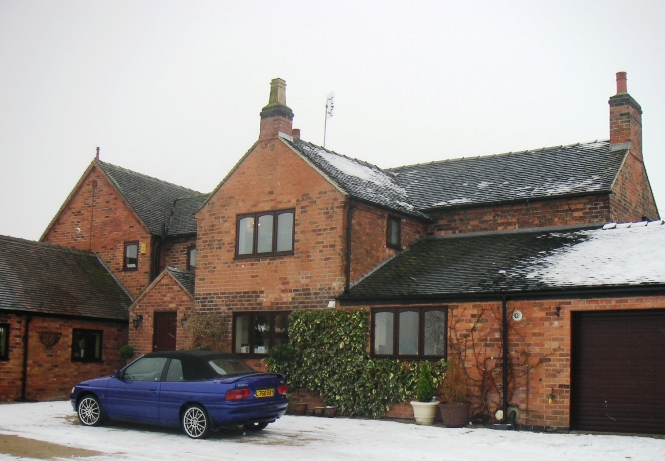 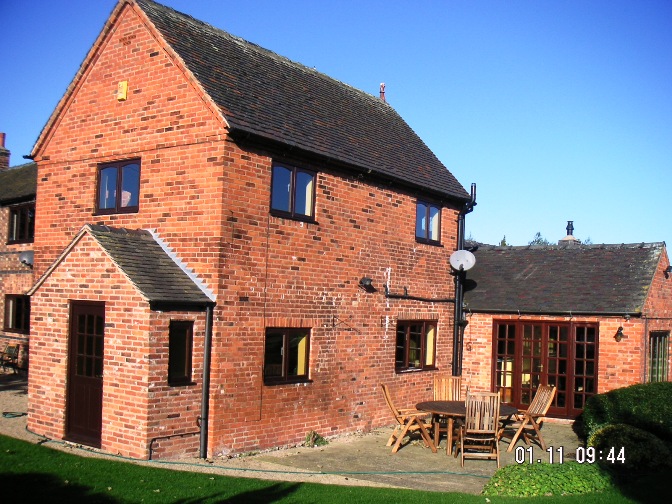 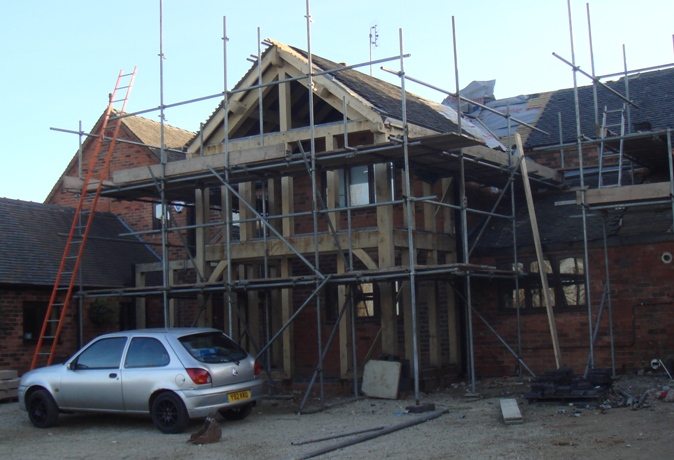 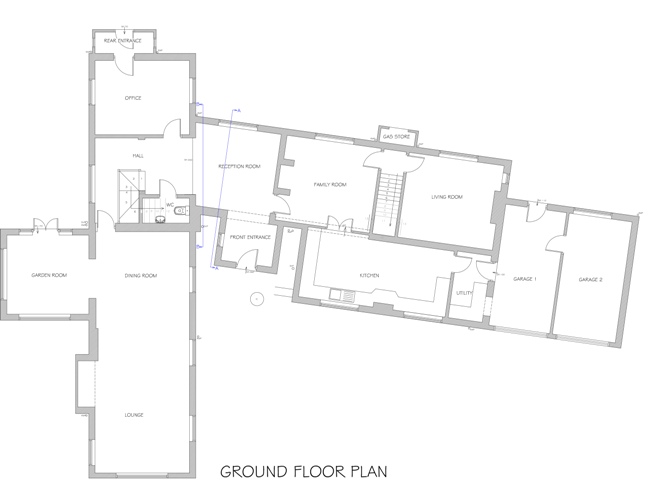 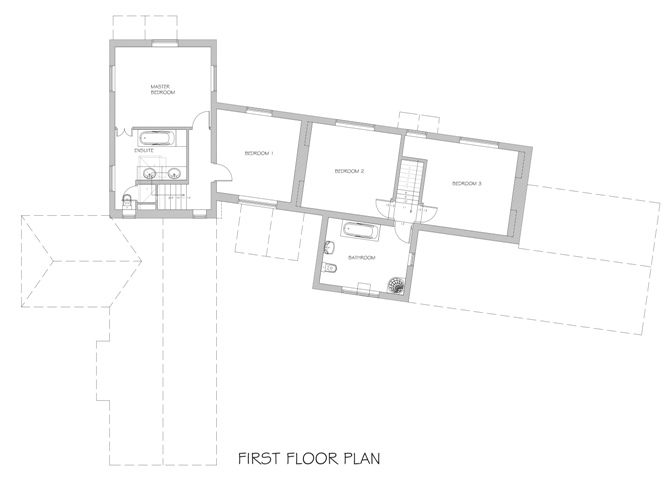 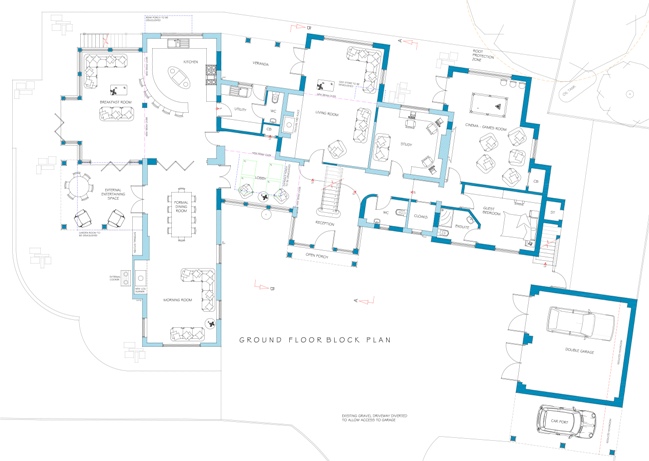 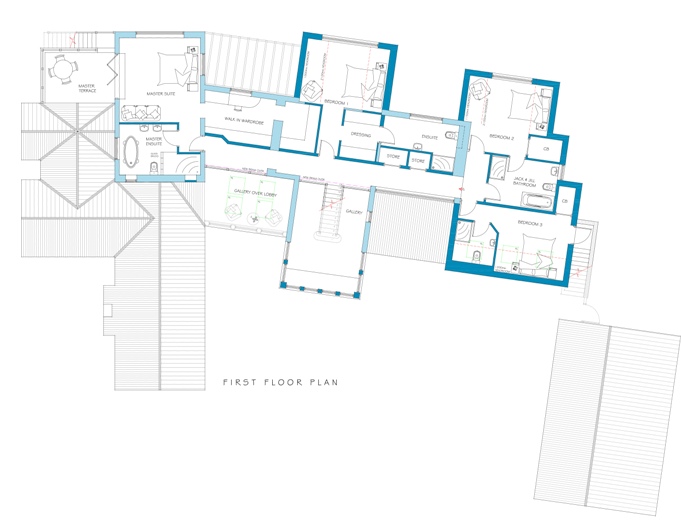 Our clients approached bi Design having recently purchased a large property on the outskirts of Repton set a long way back from the road on a large plot. The client wanted to improve the layout of the house and accommodation whilst creating spaces that related to the countryside setting.
The existing house was previously two cottages linked together. The first floor was split into two areas which were accessed by separate staircases.

Our concept was to form a new feature entrance gable with one central staircase that all first-floor rooms could be accessed off. The repositioned entrance hall allowed for better flow between all ground and first-floor rooms.

The outcome was to complement the existing building with a series of green oak framed extensions which allowed for lots of glazing which had previously been restricted by the traditional cottage design. The existing garage was replaced with a new two-storey extension and a replacement garage was created at 90 degrees to the main house to create a courtyard feel to the entrance.